In December 1977 the Arkansas Razorbacks, coached by Lou Holtz, were preparing to play the Oklahoma Sooners in the Orange Bowl. Because of recent suspensions on the Razorback team (and the resulting dissension among players) Arkansas had become a 24 point underdog.

The negative press took its effect on the players as they prepared for the game; it was evident in the way they practiced. They were listless and unfocused, completely lacking confidence.

Holtz called the team together for a meeting. As the players sat slumped in the chairs, staring at the floor, he told them: “Just because the press is writing our obituary doesn’t mean that we have to die. We’ve read all the reasons why we can’t win; I want to hear why can.”

The players sat silent. Nobody offered an opinion. Holtz told them plainly, “We’re not leaving this meeting until I get some answers.”

Slowly the players began speaking up: Even though they had lost some key offensive players, the defense was still intact. They still had the best place-kicker in the country. They had a great quarterback, and on and on. The more the players talked about why they could win, the more their confidence soared, and the more their outlook changed.

If you’re a football fan, you know what happened a few days later. The Razorbacks pulled off one of the greatest upsets in bowl history, beating Oklahoma 31-6.

Holtz said, “We won that ga

me the moment our players focused on what we had instead of what we lacked.”

What do you have? Along with your talent and your determination, you can list the power of God among your assets. And needless to say, it goes at the top of the list.

Whatever challenges you are facing — whatever seemingly insurmountable odds — remember that the key to victory is focusing on what you have, not on what you lack. – S. May

God bless you all and have a great week,

At times in our life we let the world identify who we are! God has an identity for you. Walk… 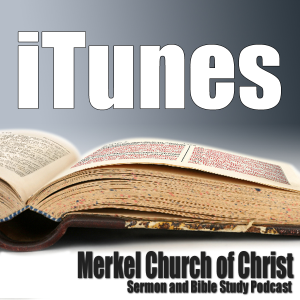 The main message of the Bible declares God’s power to accomplish His eternal redemptive purpose. God, the Creator, wants loving fellowship with mankind, whom He created in His image. The reign of God’s King, Jesus, is more than some nice figure or feature of redemption. It is more than a promise about the end of time. God’s covenant with David reveals a very important aspect of God’s purpose: The Reign of His King! The reign of Christ is a fact of the here and now, and it is a necessity for God’s purpose in His church.

This site uses Akismet to reduce spam. Learn how your comment data is processed.